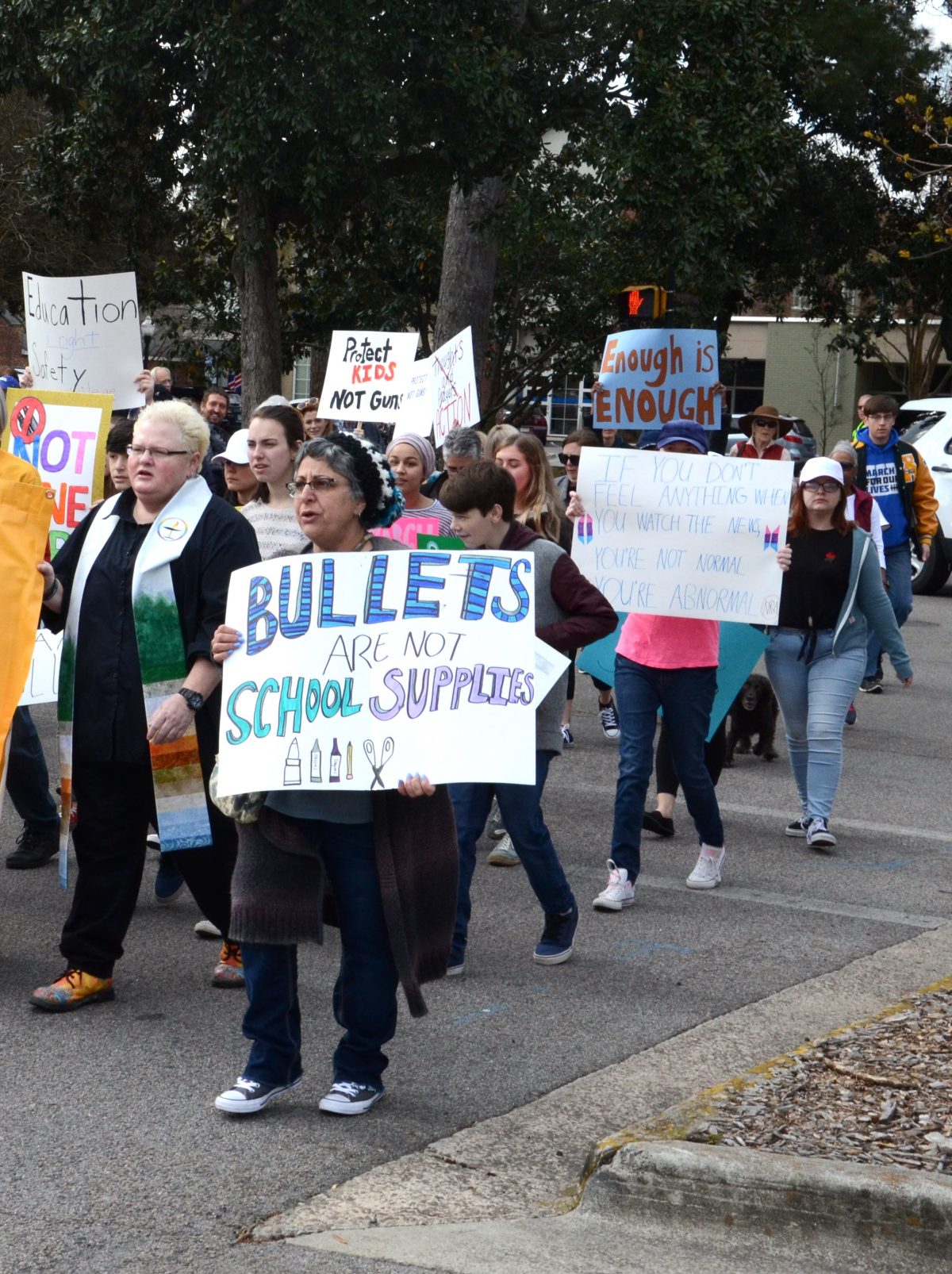 Yesterday my wife and I realized that there was a March for Our Lives being held here in Aiken. When we saw a friend of ours describe her 3-year-old’s first pre-school experience with an active shooter drill we realized that if the local teens could get up early on a Saturday to speak up for themselves, we could not justify staying home.

So I charged the camera battery, cleared the memory cards, and made sure I’d have pictures to share. Aiken is a small city in a state that’s hostile to gun control, so even a small crowd is an impressive turn out. The turn out was good, the people were energized, and the kids were clear in their ask: they want to be safe at school and they don’t think that should mean they have to be surrounded by armed guards (police or teachers).