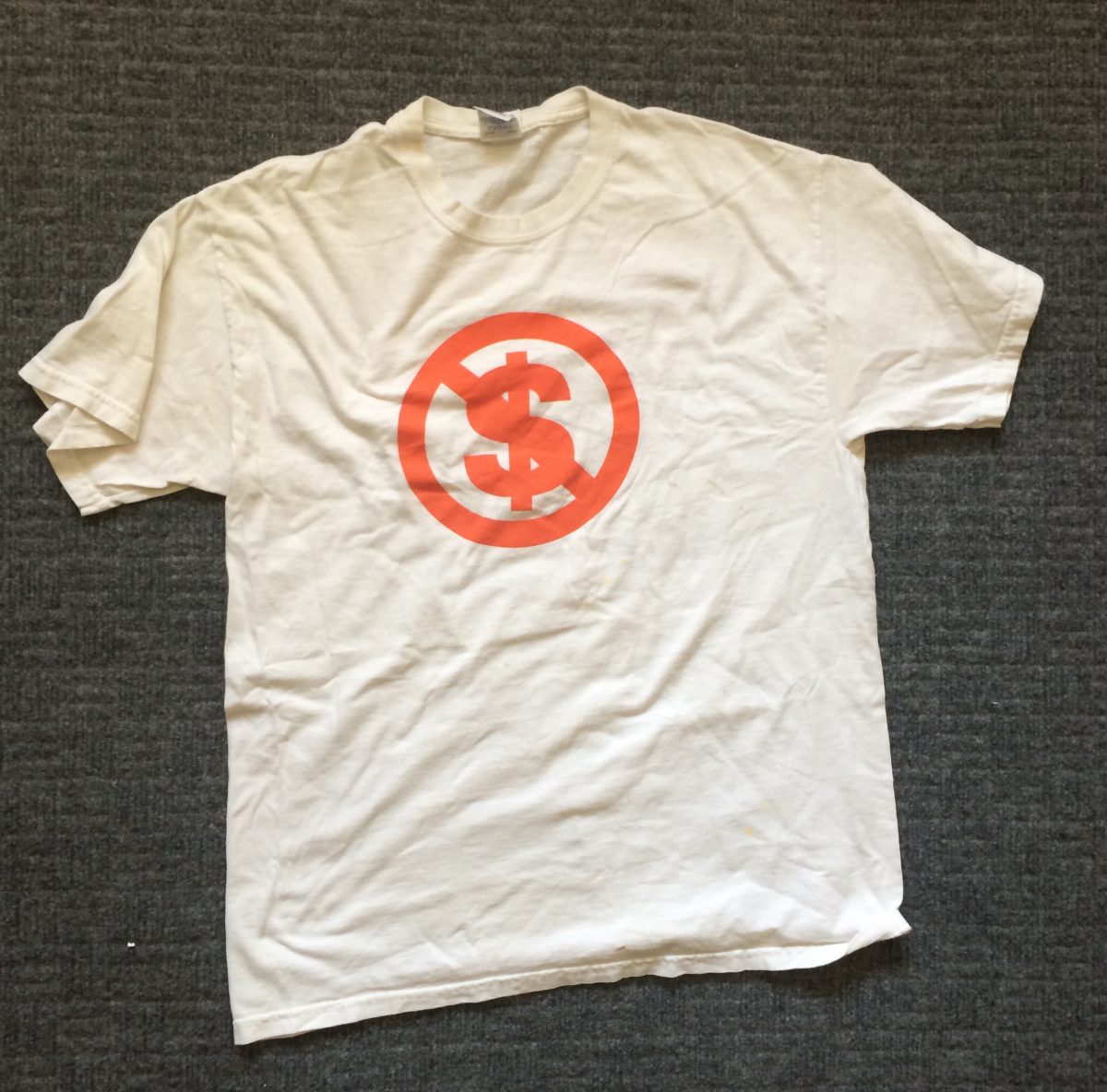 With DrupalCon coming up I want to talk about a question I will be asking vendors giving out t-shirts: do you have women’s shirts? I’ll then request a men’s large (since it’s the size and cut that actually fits my body). Given the reminder this week about the problems in the Drupal community around misogynism this seems appropriate topic.

Close your eyes and picture a Drupal developer (go ahead I’ll wait). I can’t say who you saw, but too many sales managers for technology companies just pictured a man or group of men. They want those developers to think well of their company and to wear shirts with their logos. They will buy, and in a few weeks give away, t-shirts for the developers they just pictured. They will forget that our community is strong because we’re diverse, and gender is a critically important form of diversity for us.

Thinking about this through t-shirts isn’t a new or original idea. The first time I ran into a form of this discussion was this 2006 blog post from Kathy Sierra (which I probably read in 2007, so I’ve been thinking about this for 10 years). I was a big fan of her work at the time (and was until she was driven from tech circles shortly after), and the support she got from women on the topic was almost as influential on me as the attacks she received from men for daring to talk about her own body. And it’s not just tech: if you listened to the entire Planet Money t-shirt saga you hear the NPR staff complain about the same problem.

“Do you have t-shirts for women?”

“Yes, do you want one for your wife or girlfriend?”

[confused stare from salesperson followed by them giving me a t-shirt.]

Like many tech conferences, there are usually lots of chances to get free t-shirts from various vendors. For anyone who hasn’t thought about it, that t-shirt is meant to make me and you into walking billboards. It puts their brand in the minds of people in your office, neighborhood, and anyplace else you go. And it works. After I got home from New Orleans last year I wore shirts from several different hosting companies everyday for a week. Since we were talking about new hosting relationships at the time, I got questions about the company on my shirt each day – we do business with two of those companies now. So giving me a free t-shirt is a request for me to advertise on their behalf which could easily pay for itself.

A few years ago I was at DrupalCon with a female colleague who was attending for the first time. The all male dev team members had attended several times before that and she had always liked the interesting variety of t-shirts they came home with, and so was looking forward to finally getting something for herself. Only she didn’t.

Very few vendors had women’s shirts at all and none in her size. Even worse, DrupalCon itself didn’t have a t-shirt for her because the men who had checked in before she arrived had thought their female partners would like the design and had taken all the woman’s shirts.

I should have known this was a risk for her since it’s not like the topic was new, but I didn’t and while I felt bad about it, that doesn’t undo the insult.

Instead of making sure she got to fully participate in our ritual, we allowed her to be left out. Several years had passed since the Kathy Sierra triggered discussion and I wrongly assumed we’d made progress as a community. Oops.

As part of trying to apologize to my friend for my own cluelessness, and in part to try to do something to make our community better, I took up asking vendors with t-shirts if they have women’s sizes. Not because I want one for someone else in particular but because I want other people in general to have the same chances I have. And I am not willing to advertise for companies if they are making our community worse. Anything we do that makes women feel less welcome makes our community worse.

Over time I’ve had interesting conversations with people who have said both yes and no.

If they say no, the conversation goes a bit differently. I am always nice, but I don’t let them off the hook. I’ll ask “why not?”  With one exception the answers are unfulfilling.

The most common answer is “I don’t know.” While the salesperson is sure no offense was meant (as if they would tell me if one was), I generally offer to wait while they call their boss to figure out why they don’t want women to advertise for them (no one has taken me up on it yet).

The next most popular answer (usually offered right after saying “I don’t know” didn’t get me to go away)  “It’s too expensive to add those sizes.” Typically this is from a person who gives out hundreds or thousands of t-shirts a year. This just isn’t true at that scale. Most vendors are still going to order enough shirts to get over the same price breaks they would have with their current order, and every t-shirt they give a woman is one they didn’t give a man. The only way for this to really be true is if they end up giving away more total shirts because more people want them, which is the whole point of the exercise. The time a RackSpace employee gave me this answer I just stared at the woman, in a woman’s cut RackSpace t-shirt, and said “Really”?  The next year RackSpace had women’s t-shirts (this probably had nothing to do with me, but it’s nice to think it might have).

I’ll also sometimes get “We didn’t have room to pack them.” I usually get this answer from smaller vendors who may not have as many to give out as a company like RackSpace or Pantheon, and are therefore concerned about bringing shirts and not finding a person to take them. But I’ve gotten it from big companies too who will admit shipping five or six boxes of shirts. Either way, sorry, but no, avoid insulting potential customers by splitting your packing space.

The final answer I hear is “Women don’t want them.” This is the go to excuse from men who don’t want to think about why women don’t participate in anything related to technology. I even got that response from a man planning a Drupal Camp when I pointed out that none of the women on the planning committee had shown any interest in having shirts at all – his daughter being one of them. When I commented that maybe they didn’t like shirts that didn’t fit a wave of nodding followed: we had women’s shirts made.

If you are attending DrupalCon, or any other large event for that matter, please ask everyone giving out t-shirts about women’s sizes. If they say yes, take whatever you want, but if they say no I encourage you to think hard about if you want to advertise for them. And draw them into a discussion on the topic.

If you are bringing t-shirts to DrupalCon, or any other large event I attend, please bring t-shirts for as many different types and sizes of attendees as you can fit. The right ratio is a hard problem to solve, and I know you have limited space. Ask the conference for an estimate of attendee demographics and make your best guess. If you guess wrong that’s okay, apologize, and try to do better next time.

Do I think refusing to take free t-shirts from tech companies will suddenly solve all of our the gender issues? Of course not. But it does force people into conversations they aren’t used to having, and it makes at least some stop and think about ways we create unfriendly atmospheres for women in technology.