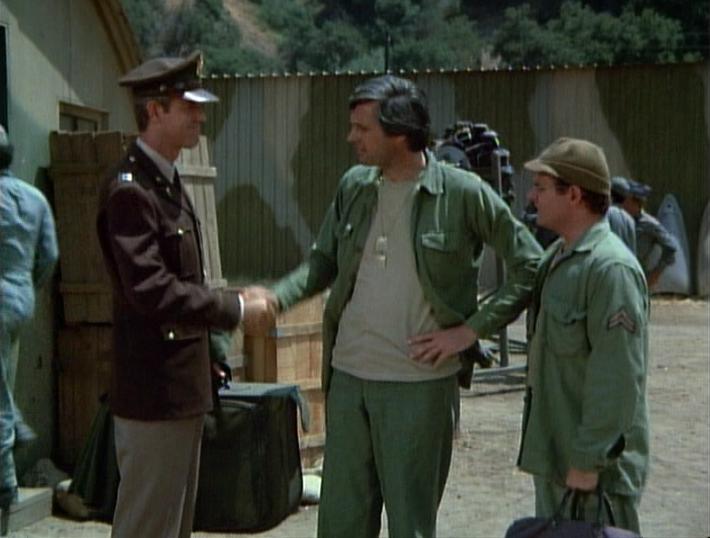 My wife and I are fans of M*A*S*H. When B.J. first arrives in Korea Hawkeye takes him to Rosie’s Bar and tells him: “I can’t think of a single reason why we’re here, except that we’re needed.” Oddly I’ve found this to be true of a great many service opportunities in my life; often the most useful ways to serve my community seems to require doing a things that should be utterly unneeded.

Often it has been around medical care. A few years ago we had a friend who spent more than a year in long-term respiratory rehab. Her daughter wasn’t able to visit much, and so we started to go most weekends just to see her. Not only did her emotional state improve but because we started to leave markers of loving family (a handmade afghan, photos, window clings, and other similar things) her medical care improved. That these things made a difference to how the staff treated her shouldn’t be true. When our own family members are in the hospital we try to ensure they get as much visitation as possible for the same reason.

Most recently it’s been while supporting children in foster care.

My wife and I serve as volunteer Guardian ad Litems in South Carolina (other states call the program CASA). It means we are court appointed advocates for children in foster care. We are the only people in their lives tasked with being openly biased in their favor. In practice it means we go to lots of meetings with professionals who should be better trained than us, better resourced than we are, and try to make sure they do their jobs the way the law requires. All children in foster care in South Carolina have a right to a volunteer advocate because the professionals who used to be paid to do this work didn’t do it as well as volunteers – nothing about that should be a true statement, but in 2010 the South Carolina Supreme Court ruled it was and from everything we’ve seen it is. So instead of a lawyer, they get us.

With just a few hours of training, that covered lots of information but barely scratched the surface, we were cut loose to help kids fight to make their lives whole again – ideally even better than before. We became part of a system run by underpaid, under-trained, and overloaded professionals. We go to all the meetings that happen in the lives of these children. We go to school and their home(s); we talk to everyone who passes through their lives during their time in the system; we visit the juvenile detention center to meet with our kids and prisons to meet with mom or dad; talk to doctors, lawyers (ours, their parent’s, and DSS’s but the kids rarely get their own in family court), case workers, detectives, probation officers, teachers and principals, parents, grand parents, foster parents, aunts and uncles, neighbors, and anyone else in their lives. Everyone else on that list worries about their own interests (like the parents do), other people in the family (like the case workers are federally obligately to do), are narrowly focused on one aspect of the child’s life (like their doctors are), or have worry about too many other people whose interests may conflict (like teachers must). My wife and I make sure we talk to more people than anyone else on the case, so that we can we represent the child’s interests and desires clearly and accurately.

We work with teenagers who have had all control of their lives taken away as they need to be learning to take more responsibility for their actions. The system is not designed well for the needs of teenagers, and so it falls to us to start helping these young people start to regain at least a little control of their destiny. The law requires us to meet with them once a month, but often it is more frequent (particularly with those prone to getting into trouble), and we become the only people they have who are both honest and unfailingly supportive. We are also too often the only people listening to their opinions about what’s happened and what they want to have happen next.

Our only real power, beyond being allowed into meetings, is that we are required to make recommendations to the court about what should happen. The court can ignore us, although they do so far less than people tell us to expect and the judges always listen with interest to to what we say. The vast majority of our impact happens outside of the court room, when professionals work harder just because they know we are watching.

Being a GAL is equal parts wonderful and infuriating, but at all times useful. We have discovered that just having a totally biased volunteer in the child’s life often makes the professionals more responsive to the child’s needs. Our schools are deeply under-resourced, and frequently seek to avoid providing legally mandated but expensive services so my wife is becoming an expert in education law to allow her to ensure the children’s rights are respected. But she has found that once she meets with the school administrators once or twice, and see that someone believes the kid is worth fighting for, they join us and help ensure the child is getting the support they need. Group homes, even terrible ones that openly allow their staff to beat children in ways that are banned for our prison guards (there is a true story behind that), are more careful when they know a volunteer is watching over a specific child and holding them legally accountable.

Sometimes just having a person around who cares, and thinks someone else is worth caring about, helps people who should do their jobs regardless of what’s happening, do their jobs better.

5 thoughts on ““I can’t think of a single reason why we’re here, except that we’re needed.””