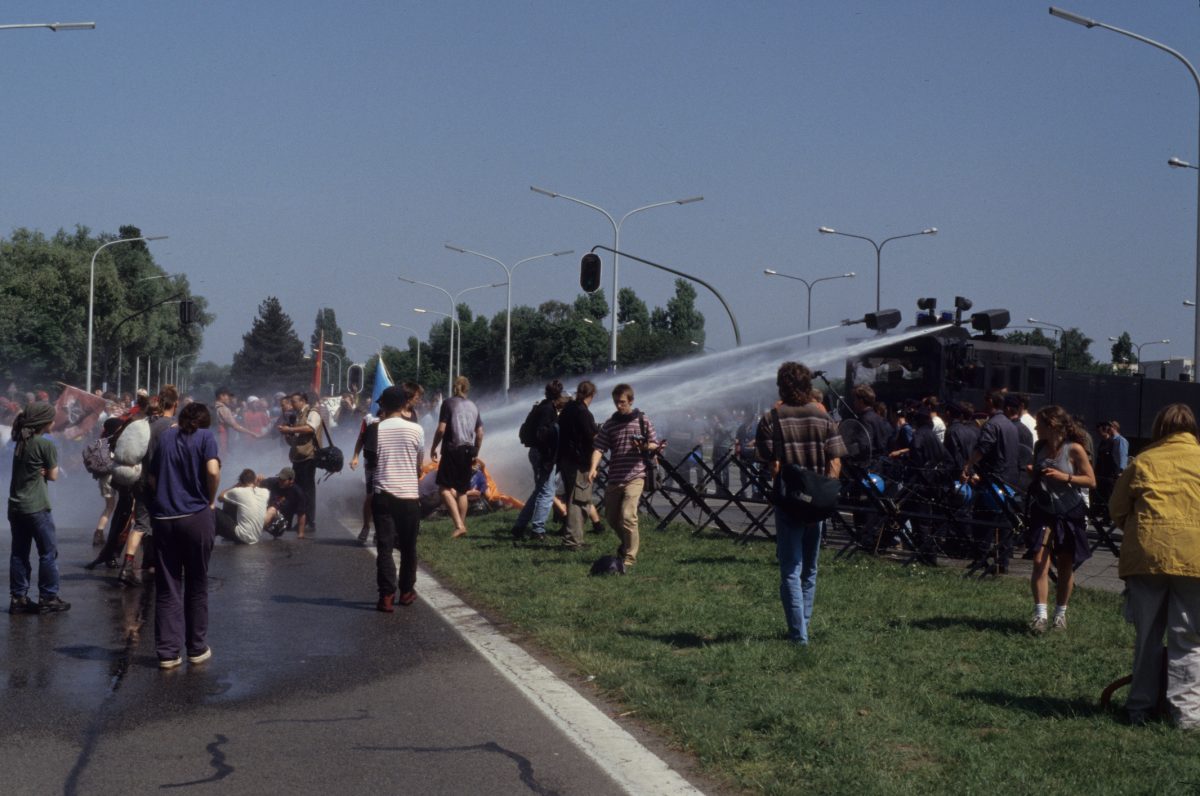 My credentials as an activist on that scale are weak at best. The first time I spent a lot of time with activists was in 1999 during the Hague Appeal for Peace and a peace walk that followed. The group walked from the Peace Palace – home of the international criminal court – in The Hague, Netherlands to Nato Headquarters in Brussels, Belgium. That picture of the water cannon firing on a crowd at the top of the page is mine, although I wasn’t willing to risk arrest that day (my sister was getting married the next week and my mother would have killed me if I’d missed it because I had been arrested in Europe – would a true activist be deterred by such things?).

It was a great experience, but didn’t do a thing toward our goal of nuclear disarmament – I now live in a town supported by nuclear weapons maintenance (and soon pit production too).

It occurred to me this case worker has a much lower standard of what it means to be an activist than I do – anyone who simply speaks against the status quo in favor of well established laws and precedents are activists in his book. To be fair he’s not far off the suggestion Bayard Rustin, and the committee who helped him write Speak Truth to Power, were making. And as much as I am sure they would deny it, the caseworkers are the most powerful people in the lives of children in foster care: they dictate where the children live, who they can talk to, if/when they see siblings, when they buy clothes, where they go to school, what doctors they see, and without an active advocate they shape how the courts see the children. And right now in South Carolina their power is being tested and reigned in because a group of Guardians ad Litem stood up a few years ago to the rampant systemic abuses.

The ramifications of that class action are still being determined, and no one really knows what the lasting effect will be. But this case worker has inspired me to make sure we honor the sacrifices they made (all were forced to stop fighting for the named children because they were “distractions”).

One thought on “On Being An Activist”