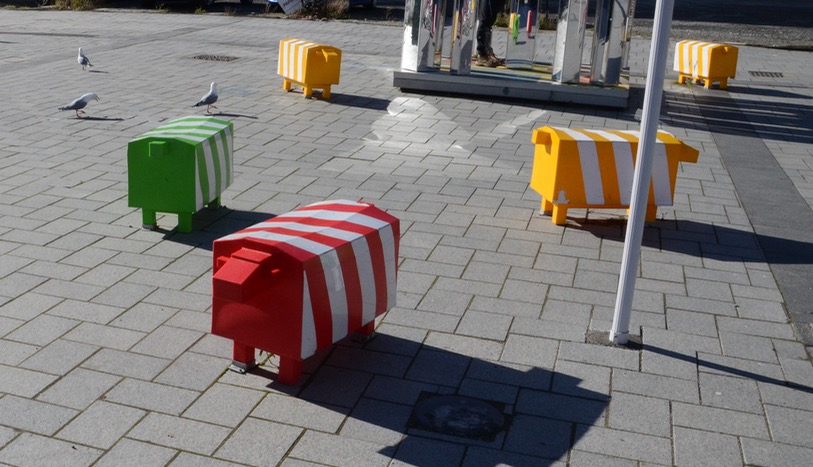 During a recent department event my wife introduced me to the sister of one of her students. The event was an award ceremony for some of the history and political science majors – the student’s sister was along to support her brother (and as a smart college student get a free meal outside the dinning hall).

As a CS major, this student is trying to understand her options for what kind of programming she might be interested in. As a good professor my wife introduced us so the CS major wouldn’t have to pretend to be as excited about history as everyone else present. Listening to me talk about what I’ve done in my work she commented that maybe she should be a web developer – my reply was that she should do the work with problems she finds interesting.

Like many people who are going through a CS education she has been surrounded by people who are confused about the difference between IT and CS. She talked about going to a conference and running into a bunch of guys who belittled her because she wasn’t into computer hardware. Apparently one even criticized her for misstating the directionality of a Lightning adapter (I can’t remember the last time I cared about cable directionality in a digital connector). My suggestion that was old, familiar, and involved one finger. I also pointed out the guy was probably just wrong.

That kind of adolescent gate keeping out of other college students isn’t surprising, but it is annoying. I work in a field that’s short handed, and we need smart people interesting creating great systems. We were short handed before the whole U.S. economy started to run short on workers.

From a short conversation I could tell she was smart, capable, and friendly – exactly the kind of person any employer will be lucky to have some day soon. But she also felt discouraged, as if she was weak in some important part of the field. Assembling her own PC hadn’t been fun for her (I have no shame in admitting that I’ve never built a PC from scratch); fussing with hardware just doesn’t excite her like coding does right now.

I really love having a good IT team to support my work. And having great hardware at my disposal is critical to good work. But I have minimal interest in working on that part of the technology stack myself. Sure, I’ve done my time installing RAM chips onto mother boards, and re-seating PCI cards, but I never really wanted to care about the details of those components.

I always wants to create tools that solved interested problems.

What Problems are Interesting

We are all attracted to ideas and projects that sound exciting. This student became interested in the kind of work I do because I can talk about it with excitement and confidence. I enjoy the problems I get to solve on a day-to-day basis and that shows. I have no idea if she’d enjoy them. Being a Salesforce or web developer might bore her to tears.

I like writing middle-ware and creating related tools. Filling gaps left between other tools is interesting to me. I know people who love to create great UIs because it makes people love the product. Other friends love to work on security problems because it keeps systems secure (and gives them excuses to break into systems they should access). Some of my friends work on creating software to advance science. Still others love to create high performance solutions to handle big data problems. And others who help create games. I could go on, byt you get the picture.

If you want to have or want a career creating software, look for jobs that solve problems you think are interesting. It doesn’t matter if I think your work is exciting. If you are excited about it, I’ll be excited to hear what you’re doing.